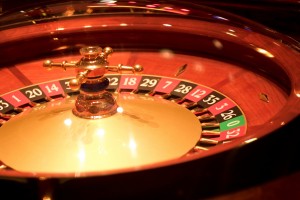 The American roulette wheel contains 38 square, one more than the European version. These 38 squares are seperated again in to 18 red, 18 black, but this time there is a 0 and a double 0.

After the new version of the roulette wheel was introduced in the USA, punters began to complain about their hard luck. Gambling patrons alike warned each other that the odds are much worse on the US version of the game.

When playing online, most online casinos will offer both versions of the game. Always remember to select the European roulette version as it will give you the best chance of winning and beating the casino.